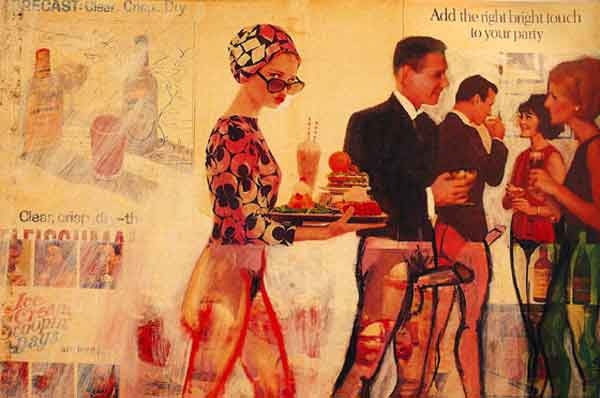 "Sauber und Schmutz" —Herb Brown “At the present time, when graffiti is scribbled on virtually every available public surface, the idea of scrawling a child's face over a poster or an ad page from a popular magazine might seem obvious. But that was not the case in the early Sixties when Herb Brown began the practice with a vengeance.